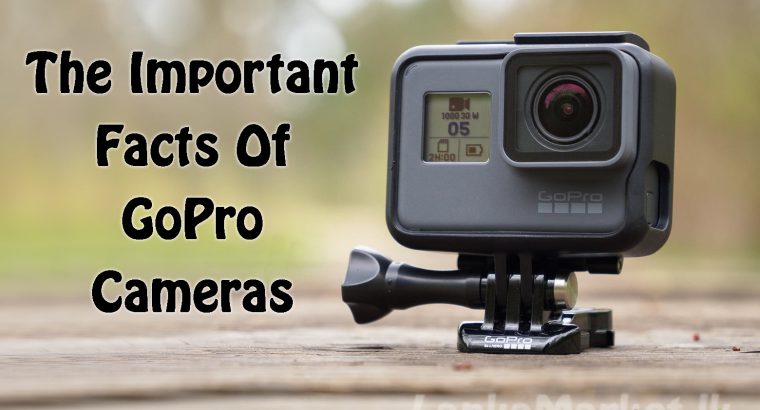 The Important Facts Of GoPro Camera

What is so special about GoPro?

GoPro camera, when coupled with the specially designed casing, becomes one of the most versatile cameras. it is waterproof, shockproof, dust-proof (to an extent), can stand freezing point temperature, survives high altitudes and maintains high-quality video footage in wide-angle to provide an immersive view.

Think HD and then double the quality. only the Black Edition has the capability to capture 4K video, making it one of the most affordable cameras of this type on the market. The 4K model captures 3820×2160 resolution with a frame rate of 30 frames per second (fps) on the Hero4 Black Edition.

How is GoPro different from other cameras?

GoPro cameras are really great for hands-free, point-of-view recording — but that doesn’t mean they can replace a camcorder or larger DSLR or mirrorless camera. The quality of Image, while good for a small action camera, is another area where a camcorder or interchangeable lens camera will come out ahead.

Is GoPro camera better than the iPhone?

The GoPro isn’t a great camera for what we would consider “conventional” photography. The iPhone has a fairly respectable camera, is more versatile, can capture still and video and recent versions can record 4K video and slow-motion video. Overall, we’d suggest is a much better camera for general use.

GoPro and iPhone have very capable cameras. However, they are a bit different. GoPro offers a wide FOV capable of shooting up to 170-degrees (Superview Mode), whereas iPhone X camera has 2 Lenses that work coherently to produce class-leading imagery.
For comparison’s sake, we will be talking about current flagship devices from Apple and GoPro. That puts GoPro Hero 6 Black against Apple iPhone X (10)